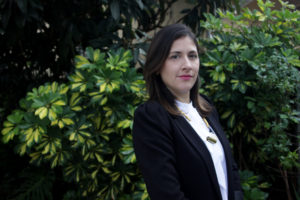 Marcela Guerrero is Assistant Curator at the Whitney Museum of American Art in New York. Prior to joining the Whitney, she was a Curatorial Fellow at the Hammer Museum in Los Angeles working on the exhibition Radical Women: Latin American Art, 1960-1985. She has also been a Research Coordinator at the International Center for the Arts of the Americas, Museum of Fine Arts, Houston. Her writing has appeared in exhibition catalogues and art journals such as caa.reviews, ArtNexus, Caribbean Intransit: The Arts Journal, Gulf Coast: A Journal of Literature and Fine Arts, and Interventions: International Journal of Postcolonial Studies. Born and raised in Puerto Rico, Guerrero holds a Ph.D. in Art History from the University of Wisconsin, Madison.