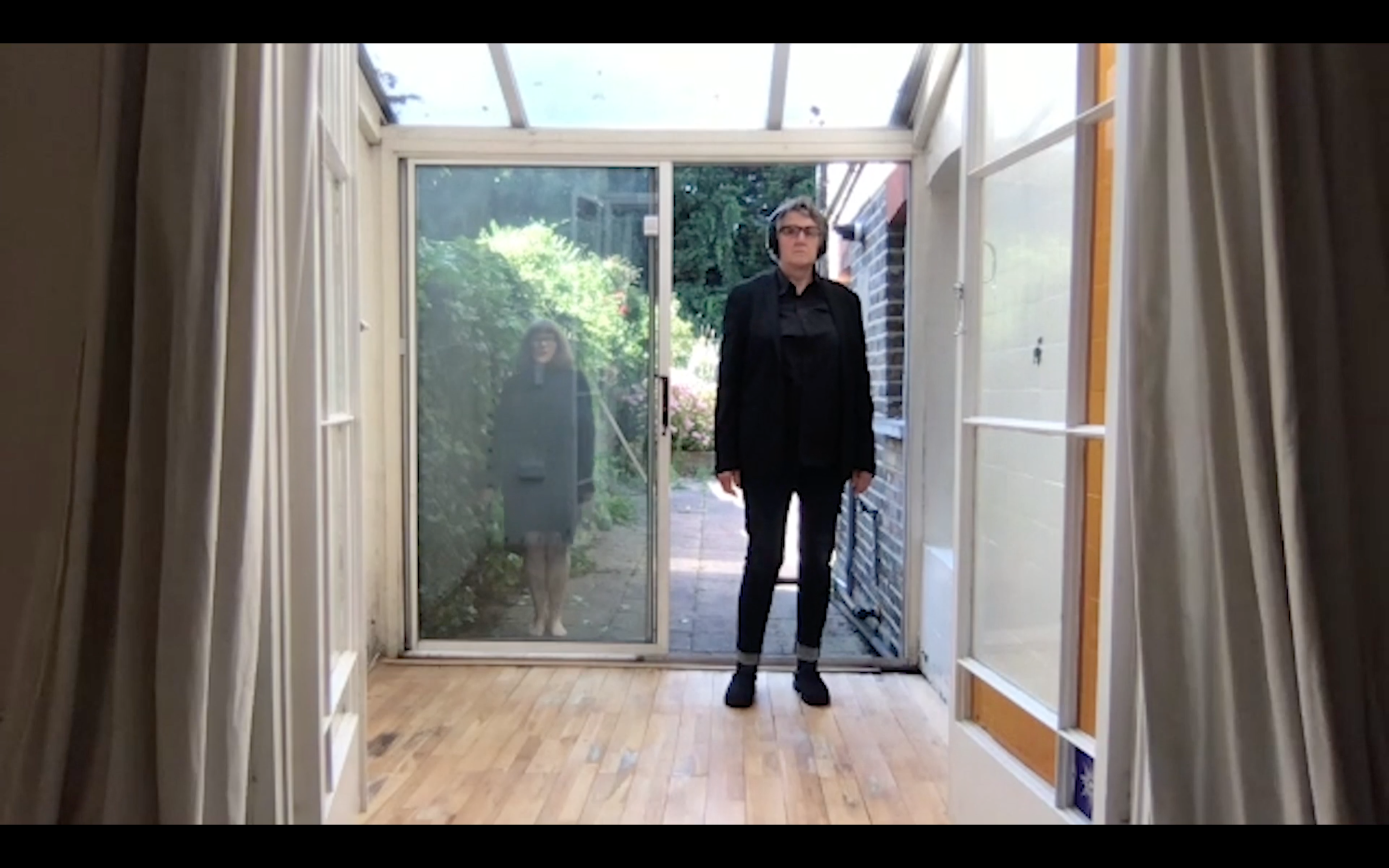 The lecture and film screening are free and open to the public. They are possible thanks to the generous financial support of the Anonymous Fund.

The Center for Visual Cultures would also like to thank the Art Department, the Department of Gender & Women’s Studies, and Interdisciplinary Theatre Studies.

To view the film Last Gasp: Work From Home,  please send an email to cvc@mailplus.wisc.edu and we will send you a link and passcode.

We recommend viewing the film before the lecture.
It will be available until March 10, 2021.

In the wake of canceled performances, Split Britches were keen to maintain momentum for their new live work Last Gasp while having to ‘work from home.’ Last Gasp WFH was developed in a site-specific Zoom format using their quarantine-home as a structural visual anchor. A house becomes a stage for the experience of sheltering in place, serving both as an intimate capsule of sequestered time and an apt reflection on the precarious nature of our bodies and the planet we call home.

Experimenting with new ways of making and finding joy in a pandemic Split Britches collaborated with lighting and video designer and editor Nao Nagai, sound designer and composer Vivian Stoll, and choreographer Morgan Thorson to create a new format for performance that could be shared from a time of quarantine. Playing with the fragility of technology, particularly the unpredictability of Zoom, the team found new avenues to the classic Split Britches aesthetic of broken down theatrical conventions, exposing the self on stage.

Founded in New York in 1980 with Deb Margolin, Split Britches continues with the duo and solo work of Lois Weaver and Peggy Shaw which spans satirical, gender-bending performance, methods for public engagement, videography, digital and print media, explorations of ageing and wellbeing, and iconic lesbian-feminist theatre. Split Britches’ collection of scripts, Split Britches Feminist Performance/Lesbian Practice, edited by Sue Ellen Case, won the 1997 Lambda Literary Award for Drama. In 2012, Split Britches was presented with the Edwin Booth Award by City University of New York in honor of their outstanding contribution to the New York City/American Theater and Performance Community. Lois and Peggy were named Senior Fellows by the Hemispheric Institute of Performance in 2014, an award given to scholars, artists and activists affiliated with the institute whose work illustrates the highest achievement in the field of performance and politics.

Over the past 40 years Split Britches’ interconnected repertoire of performance and engagement work has rapidly expanded and projects have increasingly fed into the development of one another. Last Gasp is the result of research undertaken during the 2018-2019 Split Britches Call and Response Tour throughout the US and UK, a tour of the performances Unexploded Ordnances (UXO) and Retro(per)spective which housed sustained conversation in connected engagement activities and platforms.