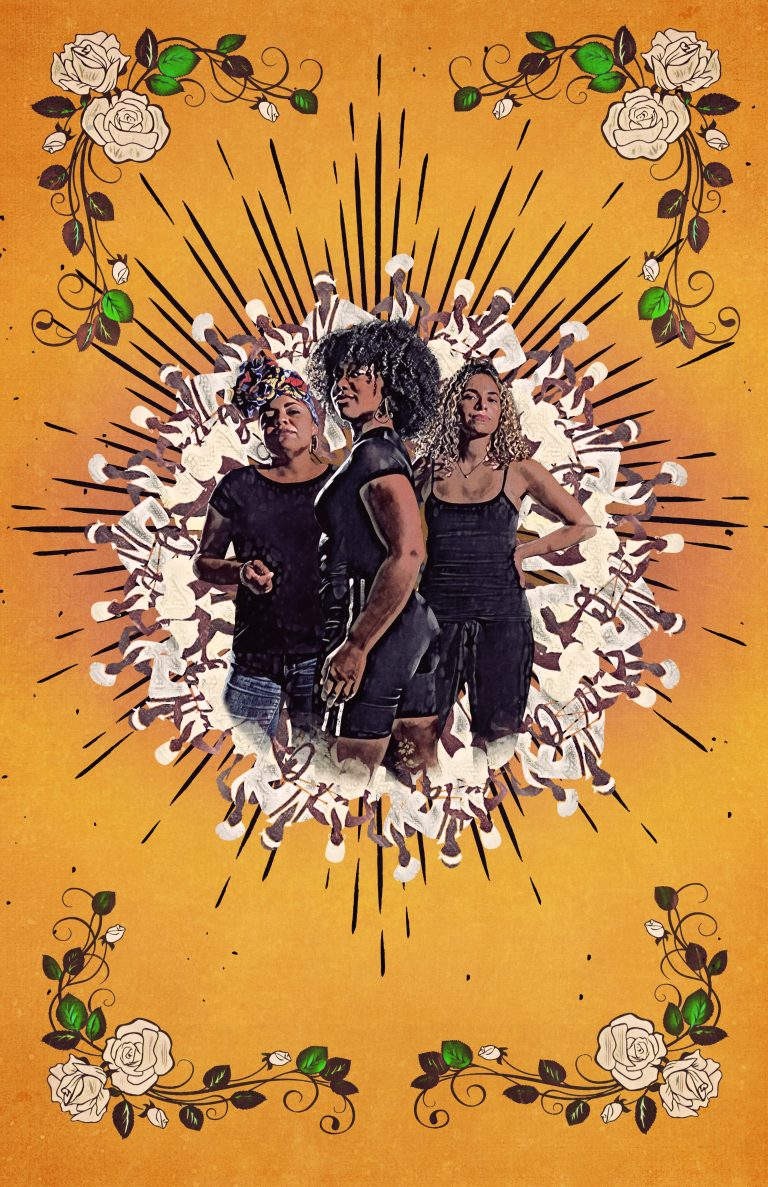 “The art of risking self when writing / directing / performing autoethnographically”

*To register for the workshop, please RSVP to cvc@mailplus.wisc.edu.
All are welcome!

Brujaja tells the story of Ifé, an accidental witch, who, after living above her mother’s botánica her whole life, finally finds her purpose by tapping into her ancestral power to fight the larger fight against oppression and wellness. Written by Melissa DuPrey and directed by Miranda González, Brujaja is a theatrical filmed experience, meant to be performed live but when COVID arrived, it was videotaped and debuted at the Destinos 2021, the 4th Annual Chicago International Latino Theater Festival. This event features a forty minute screening of Brujaja, followed by a thirty minute moderated discussion between audience and writer Melissa DuPrey and director Miranda González about the play’s themes of crisis, oppression, fulfillment, community, family, diaspora and spiritual homes as well as the Urban Theater Company’s experience of creating art in the midst of the COVID pandemic.

“The art of risking self when writing / directing / performing autoethnographically”

DuPrey and González will draw from their experiences as Latinx artists to lead students in discussion and small group activity meant to aid students in developing their own approaches to this question.

Melissa DuPrey is a multidisciplinary artist and performer with roots from Humboldt Park, Chicago. She is a critically-acclaimed solo artist whose work spans over a decade highlighting the intersections of Blackness, queerness, healing, and sexuality. DuPrey is also a community organizer and spiritualist who also launched The Good Grief Project- an extension of the social justice component from her play GOOD GRIEF where communities of color are connected to local, accessible and multidisciplinary mental and spiritual wellness practitioners of color. She has performed stand-up comedy in Chicago, New York, New Jersey, Philadelphia, and Los Angeles. She is credited with playing DR. SARA ORTIZ on “Grey’s Anatomy” (Season 17 and 18). She’s also been seen on “Empire” (FOX), “The Resident” (FOX), “Chicago PD” (NBC), and “The Chi” (Showtime). Her theater credits include works at Court Theater, The Goodman Theater, Steppenwolf, Free Street Theater, UrbantTheater Company, Victory Gardens, The Greenhouse Theater, Oracle Theater, and Teatro Luna, She is currently an Ensemble Member at UrbanTheater Company and Artistic Associate at Sideshow Theater.

Miranda González is currently a Producing Artistic Director at UrbanTheater Company (UTC) in Humboldt Park, has a background in operationalizing DEI strategy, and created content addressing anti-blackness in the Latine community. She was a founding ensemble member of Chicago’s All Latina Theater company Teatro Luna and has devised and developed plays since 2000. She is a two time 3Arts nominee and recipient of the International Centre for Women Playwrights 50/50 Award. She recently was invited and recorded a TEDx talk  “The Fear of Decolonization” in the theater industry. Her most recent play Back In The Day: an 80’s House Music Dancesical,World Premiered as a part of Chicago Latino Theater Festival Destinos Festival at UTC in the fall of 2019.  She is currently developing a play that discusses the history of the underground railroad to Mexico as a part of Latino Theater Company’s Imaginistas cohort in Los Angeles. Previous directing, writing, and script development credits include; Thank You for Coming. Take Care by Stacey Rose at Court Theatre, Ashes of Light by Marco Antonio Rodriguez, La Gringa by Carmen Rivera, Of Princes and Princesas by Paola Izquierdo at the 2010 Goodman Latino Theatre Festival, Crossed, GL 2010, The North/South Plays a workshop at the Chicago Department of Cultural Affairs; F.O.P and Crime Scene Chicago with Collaboraction; and Melissa DuPrey’s Sushi-Frito at Free Street Theater. She is also an Executive Producer for the web series 50 Blind Dates with Melissa DuPrey and has written for web series Ruby’s World Yo created by Marilyn Camacho, Season 1 episode 3 and Season 2 episodes 1-4.

Both events are free and open to the public. Major funding for this series is provided by the Anonymous Fund.  Event co-sponsors include the Departments of Spanish and Portuguese, English, Theater and Drama, Gender and Women’s Studies, Art, Art History, Afro-American Studies, Chicano and Latino Studies, Interdisciplinary Theatre Studies, and the Latin American, Caribbean, and Iberian Studies Program.