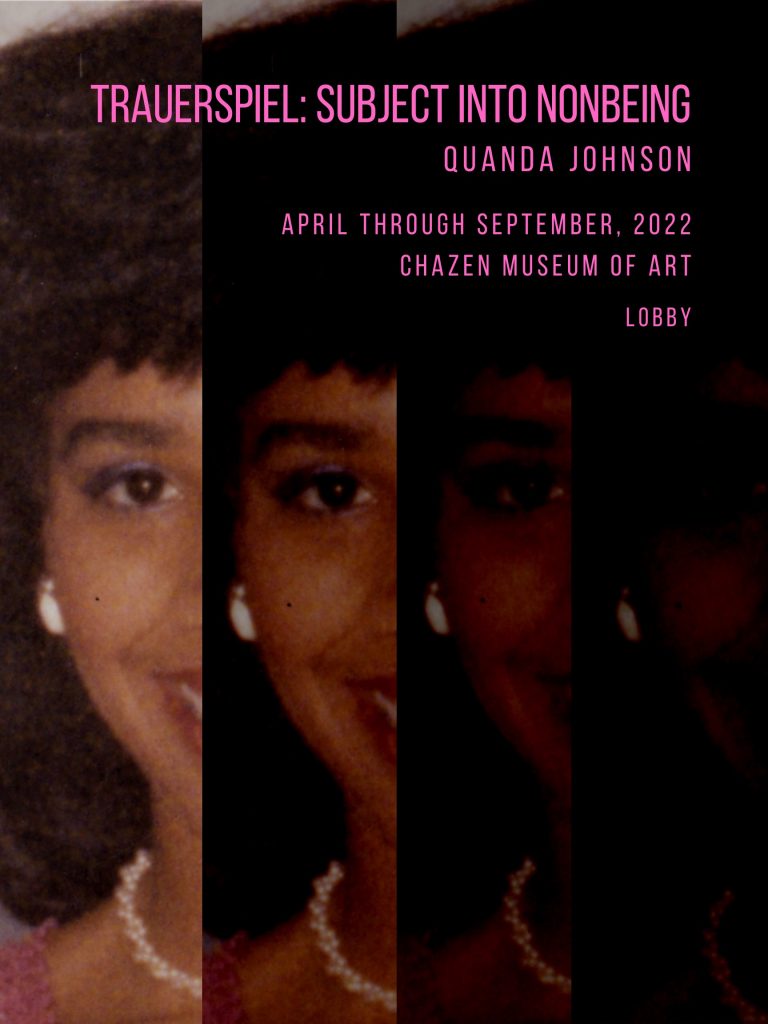 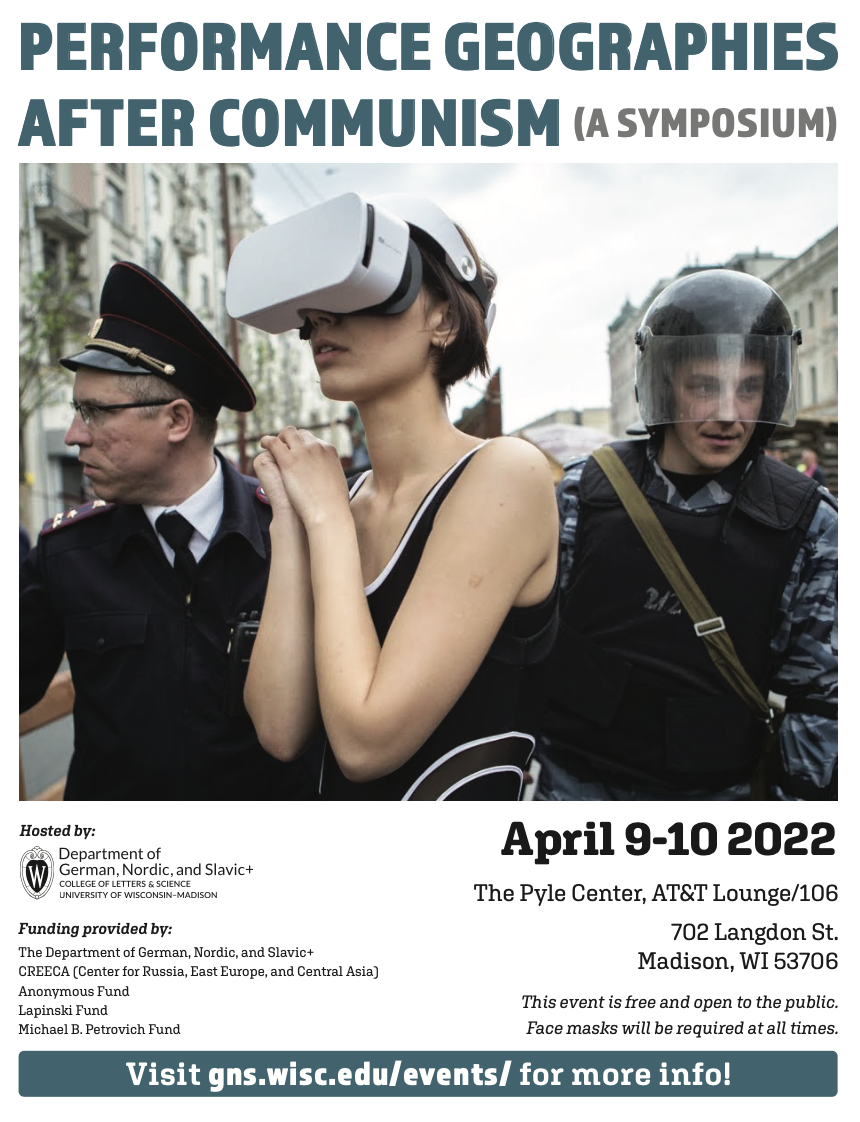 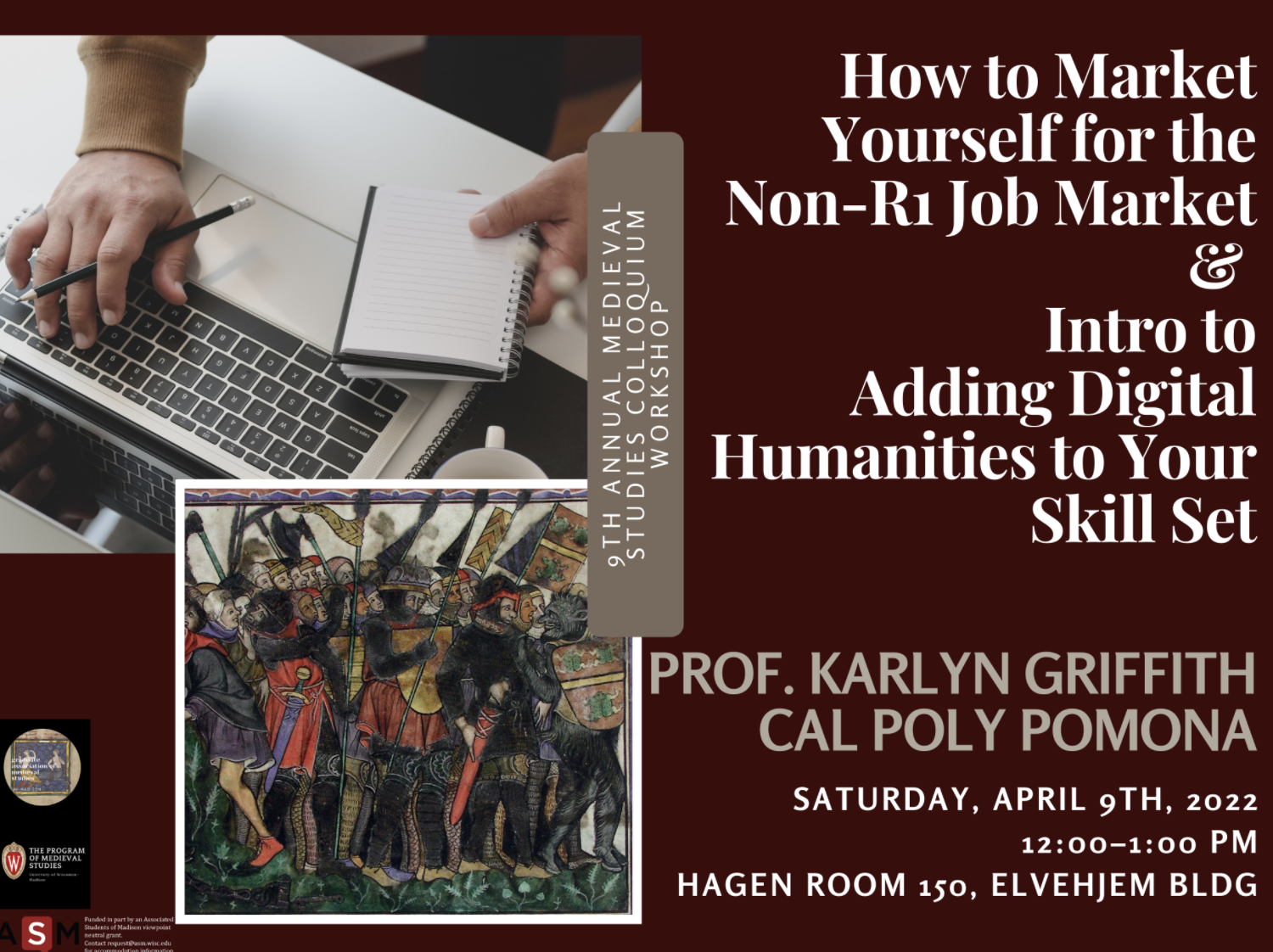 Workshop:
“How to Market Yourself for the Non-R1 Job Market &
Intro to Adding Digital Humanities to Your Skill Set”

*Please note that this workshop is restricted to UW–Madison graduate students and participants of the GAMS Colloquium.*

RSVP to Tania Kolarik at tkolarik@wisc.edu. 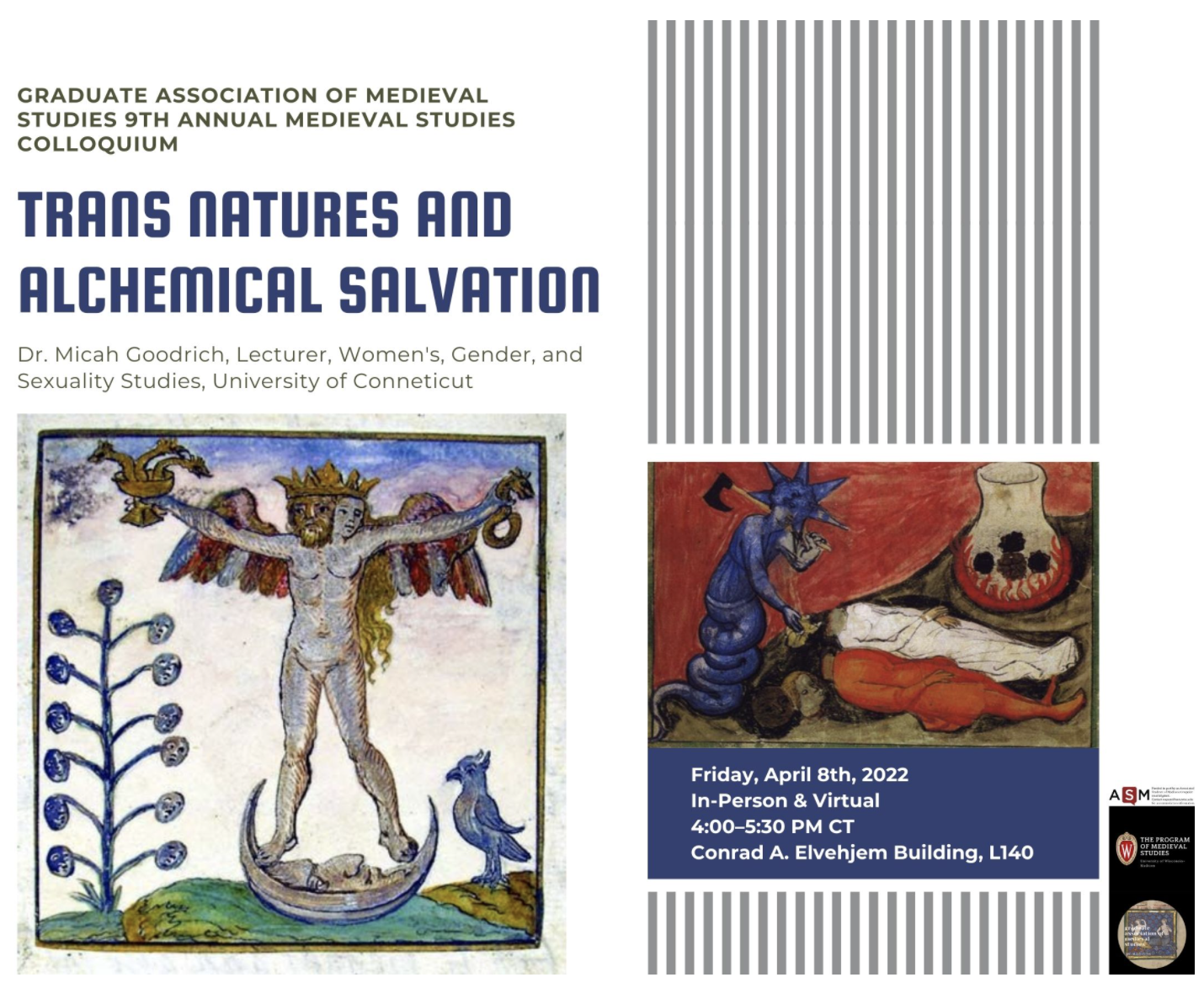 This lecture will be the second keynote lecture for the Graduate Association of Medieval Studies (GAMS) 9th Annual Medieval Studies Colloquium. All GAMS Colloquium lectures and conference sessions are free and open to the public.

Abstract: Medieval alchemists were interested in the salvific potential of creating the “Philosopher’s Stone” – a stone that, if created, would be filled with vitality – it could heal sickness, reproduce matter, and access the secrets of the divine. The alchemist’s final goal of creating the “Philosopher’s Stone” is rarely depicted in its metallic register. Instead, it is imagined as the “rebis,” a trans/nonbinary figure that represents both the presence of multiple fixed boundaries and binaries as well as the absence of these multiplicities. This lecture will discuss the trans animacy of alchemy’s magnum opus. Animacy is the discursive framing that shapes the conditions in which we apprehend something as animate or not and reveals the political ethics of alive-ness. It operates as an invisible mover of things, entities, and persons. Mel Chen’s recent work on animacy expands its queer and racialized dimensions to show how social attitudes creep into language to alter the agency of things. Expanding animacy through movement, trans animacy extends how life can cross between, through, and beyond seemingly fixed boundaries and binaries of animate/inanimate, male/female, alive/dead, hot/cold, etc. In medieval and early modern alchemy, the liveliness of compounds like sulfur and mercury are coded as male and female and when combined they (re)animate matter into new forms and functions. Alchemy reminds us that the act of being alive is most potent when matter is not reduced to being one thing but rather becoming many, multiple, and manifold. 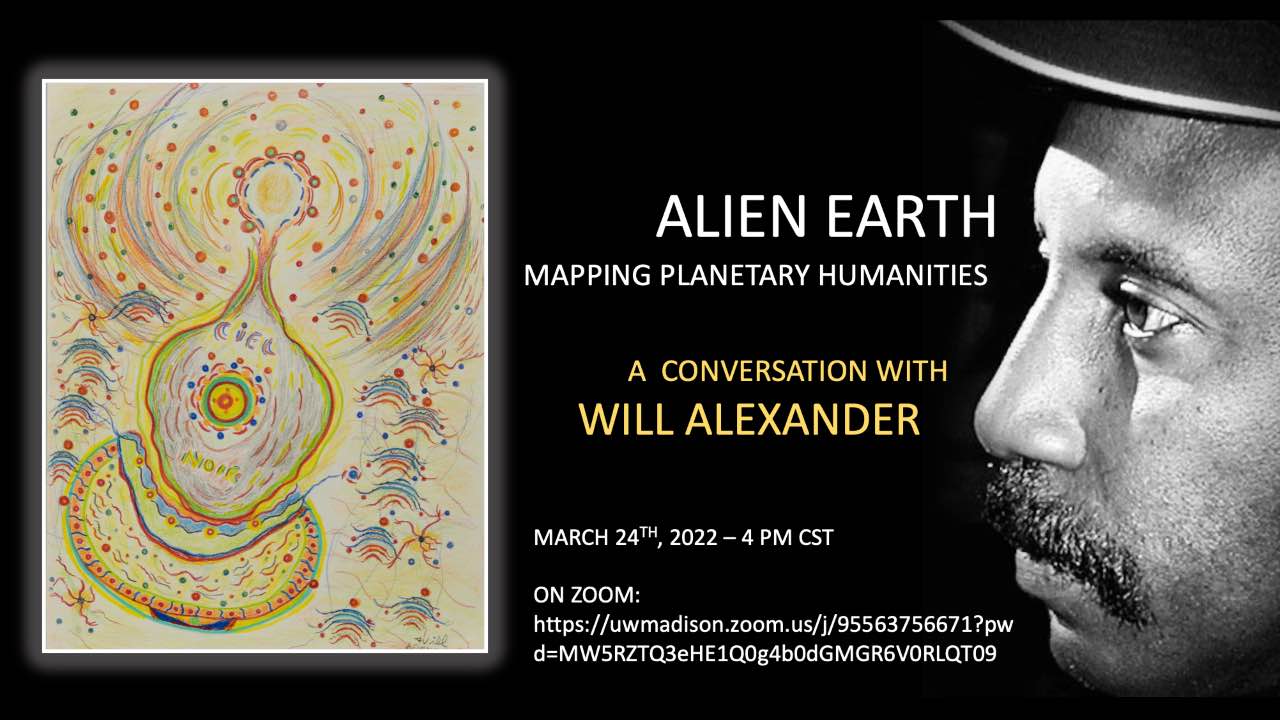 Poet, novelist, aphorist, essayist, playwright, visual artist, and pianist, Will Alexander has written over 30 books. Recipient of the PEN Oakland for his novel Sunrise In Armageddon, and of the American Book Award for his essays Singing In Magnetic Hoofbeat, he is also a Whiting Fellow and a California Arts Council Fellow. At present, he is Poet-in-Residence at Beyond Baroque Literary Arts Center in Venice California. His last book is Refractive Africa: Ballet of the Forgotten (New Directions Publishing, 2021).

This event is sponsored by the Borghesi-Mellon workshop “Alien Earth: Introduction to Planetary Humanities.” Our workshop aims to draw together an interdisciplinary consortium of scholars from across the humanities and sciences to explore the intersections of astronomy, colonialism, critical race studies, and environmental justice. 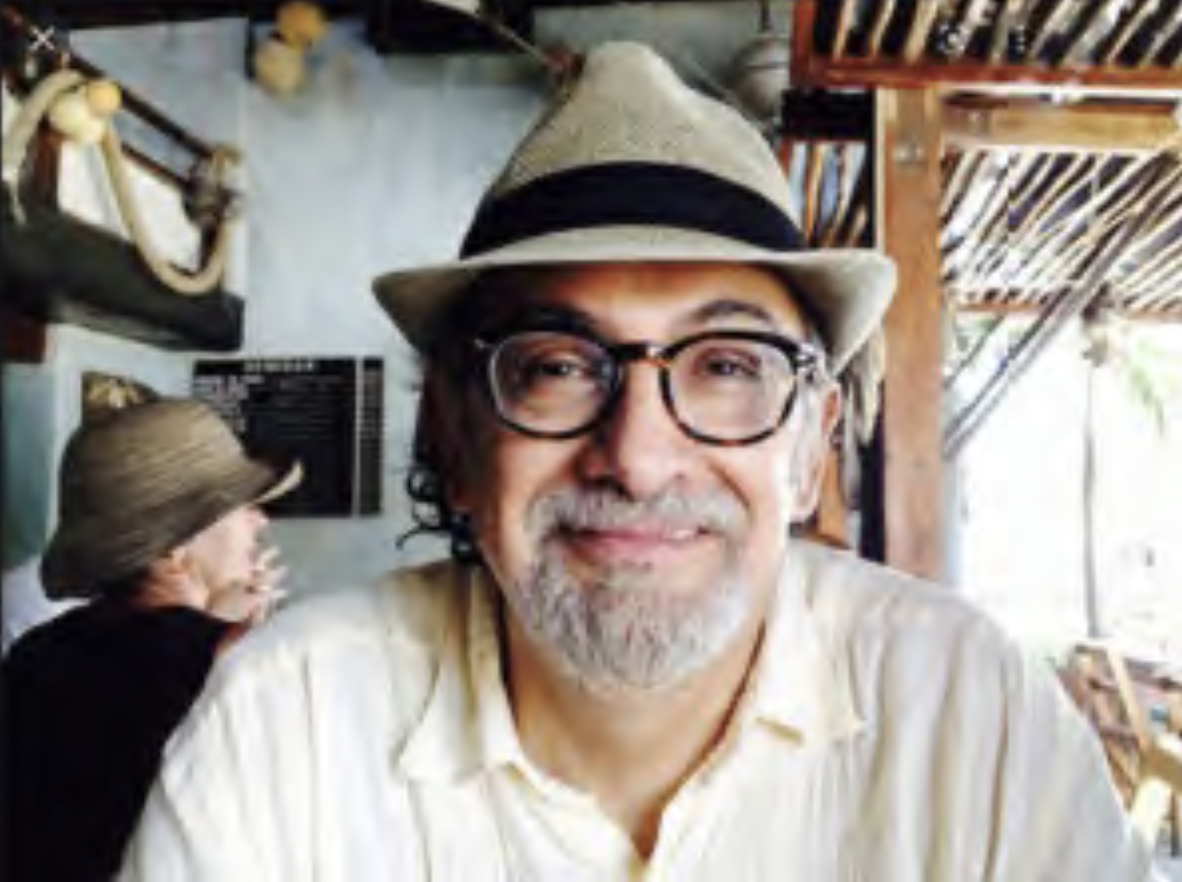 Enrique Chagoya is a Mexican-born Amer­ican painter, printmaker, and educator. The subject of his artwork is the changing nature of culture. Chagoya teaches at Stanford University, in the department of Art and Art History. He lives in the San Francisco. Drawing from his experiences living on both sides of the U.S.-Mexico border, and also in Europe, Enrique Chagoya juxtaposes secu­lar, popular, and religious symbols in order to address the ongoing cultural clash between Western and non-Western societies with surreal sense of humor. His paintings, prints and multiples offer untold versions of colonialism and inequality. Chagoya has been exhibiting his work nationally and internationally for over two decades in many major museums, alternative spaces, and galleries. He is Full Professor at Stanford University’s department of Art and Art History. He has been recipient of numerous awards such as two NEA artist fellowships, one more from the National Academy of Arts and Letters in New York, residencies at Giverny and Cite Internationale des Arts in France, a L. C. Tiffany Fellowship, an Honorary Doc­torate from the San Francisco Art Institute in 2017, a National Academy of Design Induction and a Lifetime Achievement Award from the Southern Graphics Confer­ence International in 2020, and a J. S. Guggenheim Foundation Fellowship in 2021. His work is in the permanent collections of many national and international muse­ums, including MoMA, The Met, and the Whitney Museum in N.Y.C; SFMoMA, The de Young Museum, and the Achembach Collection at The Legion of Honor in S.F.; The Museo Nacional de la Estampa and Museo Nacional de Arte in Mexico City, Instituto de Artes Graficas de Oaxaca in Oaxaca City; and Artium Centro-Museo Vasco de Arte Contemporaneo, Vittoria-Gasteiz, Spain among others. In conjunction with solo exhibition, ENRIQUE CHAGOYA: DETENTION AT THE BORDER OF LANGUAGE at Edgewood College Gallery, 1000 Edgewood College Drive, Madison, February 4 – March 20, Tuesday – Sunday 11am-4pm. 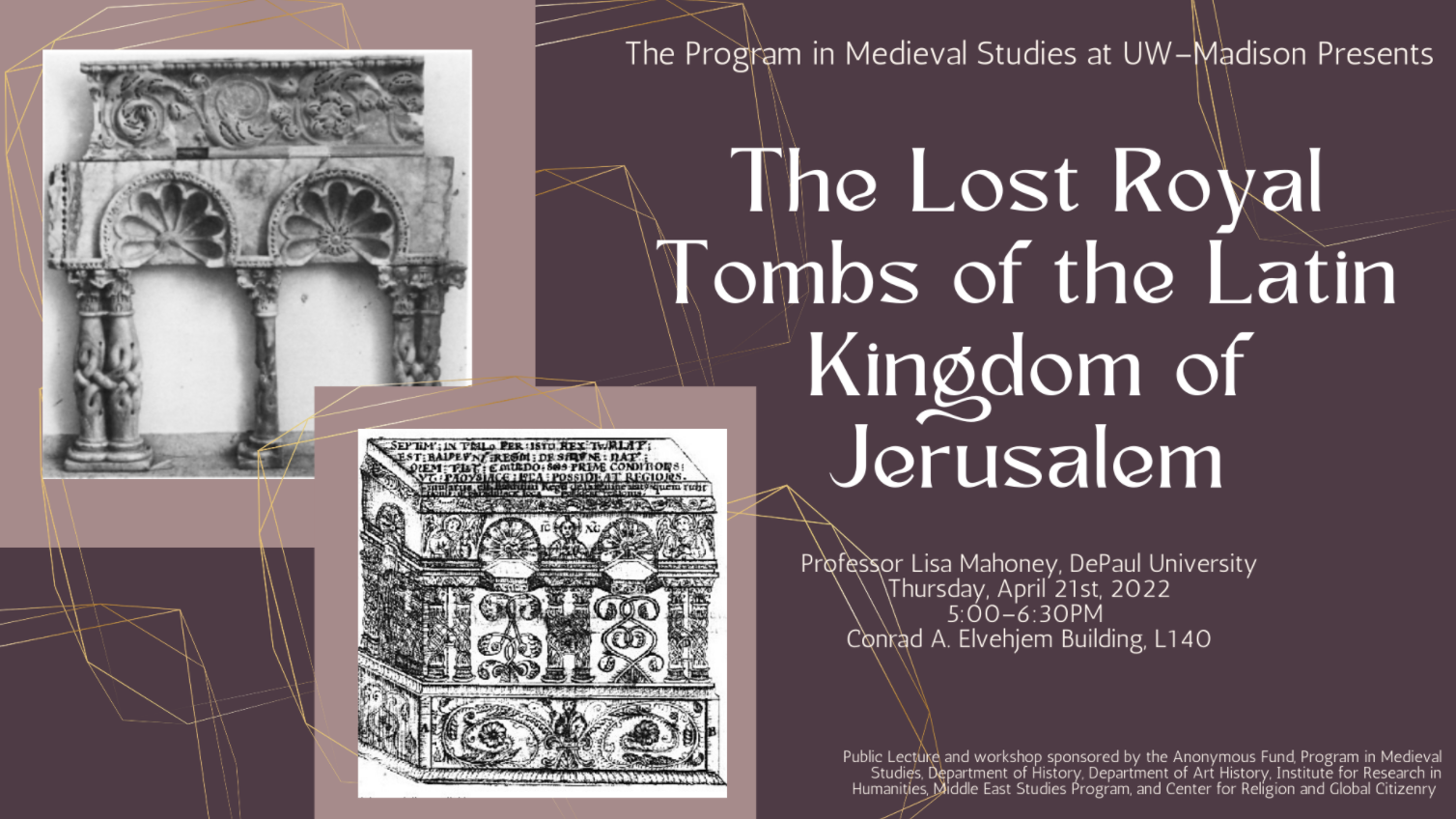 Lecture:
“The Lost Royal Tombs of the Latin Kingdom of Jerusalem” 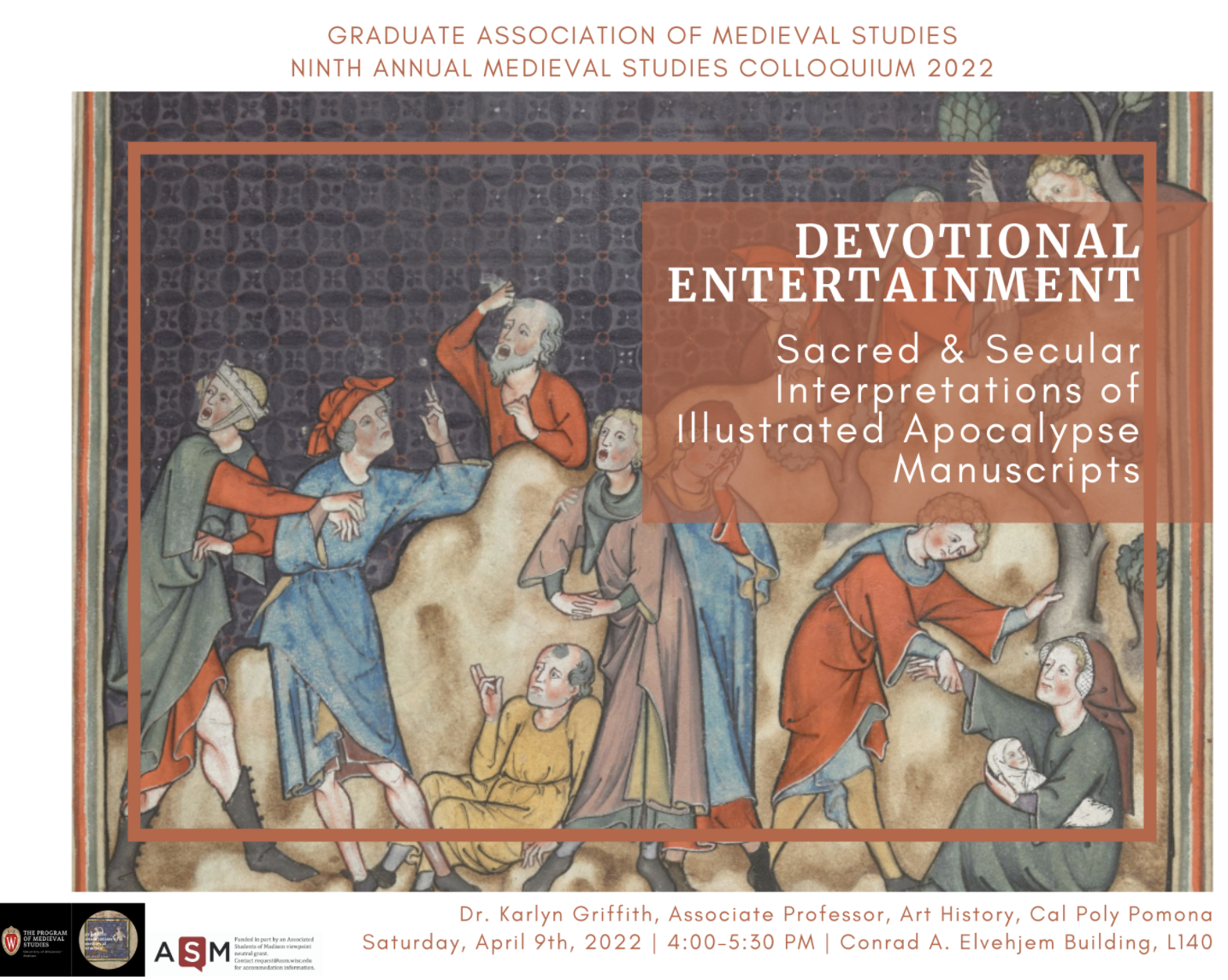 Abstract: The Book of Revelation permeated medieval life, and the manuscripts visualizing John’s vibrant account of the End of Days contributed to medieval culture in a myriad of ways beyond an obvious eschatological purpose. Apocalypse imagery appeared across all media in the Middle Ages, but by far illustrated Apocalypse manuscripts were the most common and complete visualizations. After surviving Books of Hours and Psalters, Apocalypses are the most luxurious and numerous, with 174 extant manuscripts containing Apocalypse imagery made between 800 and 1500. Unlike Books of Hours and Psalters, illustrated Apocalypse manuscripts maintained consistent popularity until the era of printed books.

Despite the crucial role of Revelation throughout the Middle Ages and the popularity of illustrated Apocalypses, the past 100 years of scholarship on these books has been almost exclusively limited to mapping iconographic families and offering devotional interpretations. Rather than seeking to explain Apocalypse art in terms of its obvious sacred purpose, biblical exegesis, or erudite theological texts, I look at these manuscripts from a secular—or lay and non-doctrinal—perspective to explore why these books were so popular and the different ways that the Apocalypse could fire the medieval imagination. The aim of this talk is to challenge the prevailing paradigm in medieval art history that privileges sacred interpretations of art to the exclusion of popular culture. I prefer the term “popular” to “secular,” and I see the dichotomy between “sacred” and “secular” in medieval culture more so as between high, monastic, or scholastic versus low, lay, or common. In this talk I explore late medieval illustrated Apocalypses within vernacular literary culture, legend, and court culture, and I argue that some imagery in Apocalypse manuscripts can be linked to these aspects of popular culture. These images performed diverse functions for the Apocalypse reader-viewer, from expressions of identity, entertainment, to addressing practical concerns of personal eschatology. 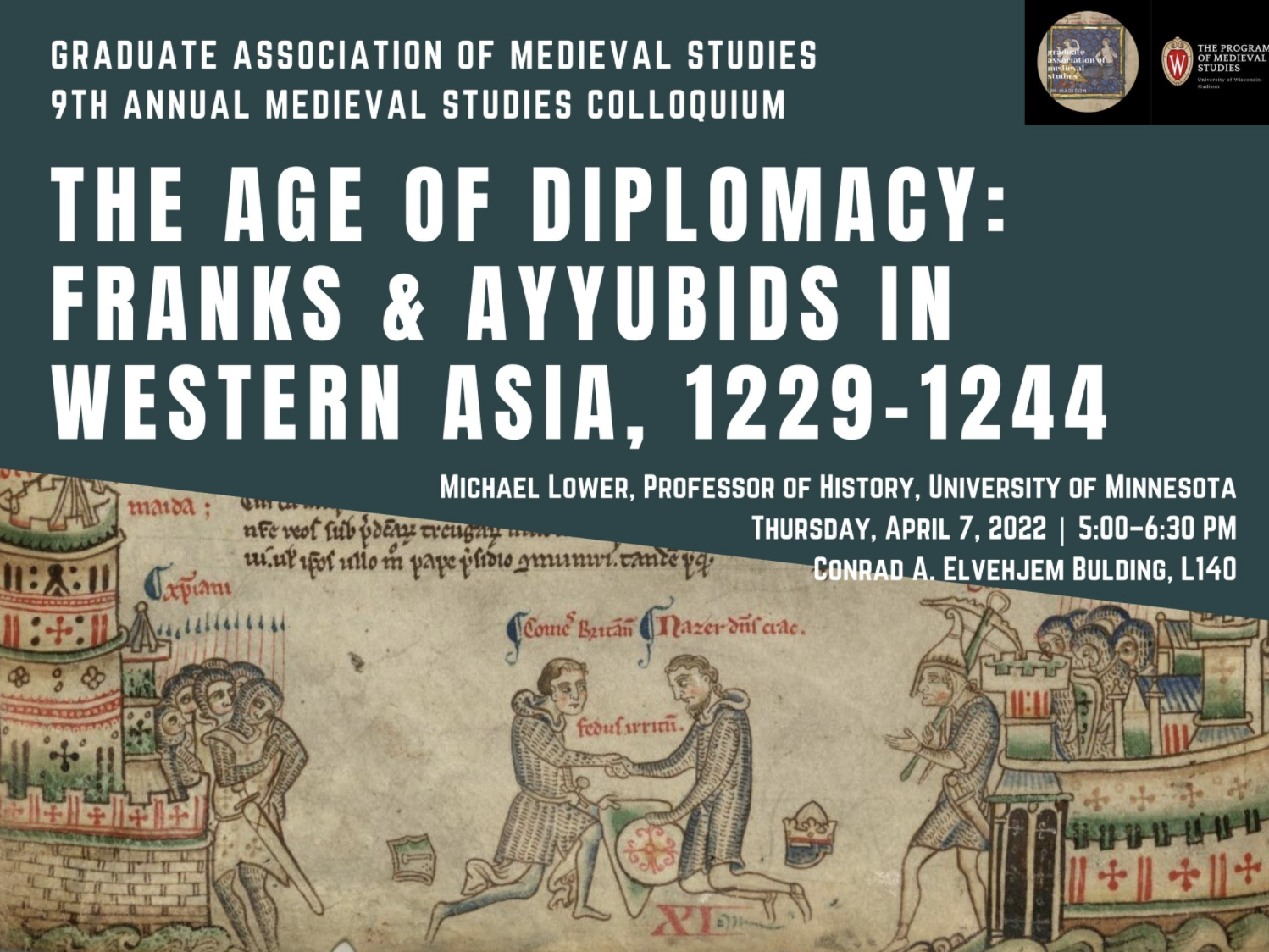 This lecture will be the opening keynote lecture for the Graduate Association of Medieval Studies (GAMS) 9th Annual Medieval Studies Colloquium. All GAMS Colloquium lectures and conference sessions are free and open to the public.

Abstract: Christians and Muslims often fought over Jerusalem in the Middle Ages. In the 1230s, though, Christian Franks and Muslim Ayyubids effectively shared the city. In this talk, Michael Lower explores how a prolonged bout of peace-making broke out in an age of crusade and jihad.

Sponsors: Professor Lower’s public lecture and workshop is sponsored by the Anonymous Fund, the Program in Medieval Studies, Department of History, Department of Art History, Institute for Research in Humanities, Middle East Studies Program, Center for Religion and Global Citizenry, and the Graduate Association of Medieval Studies. 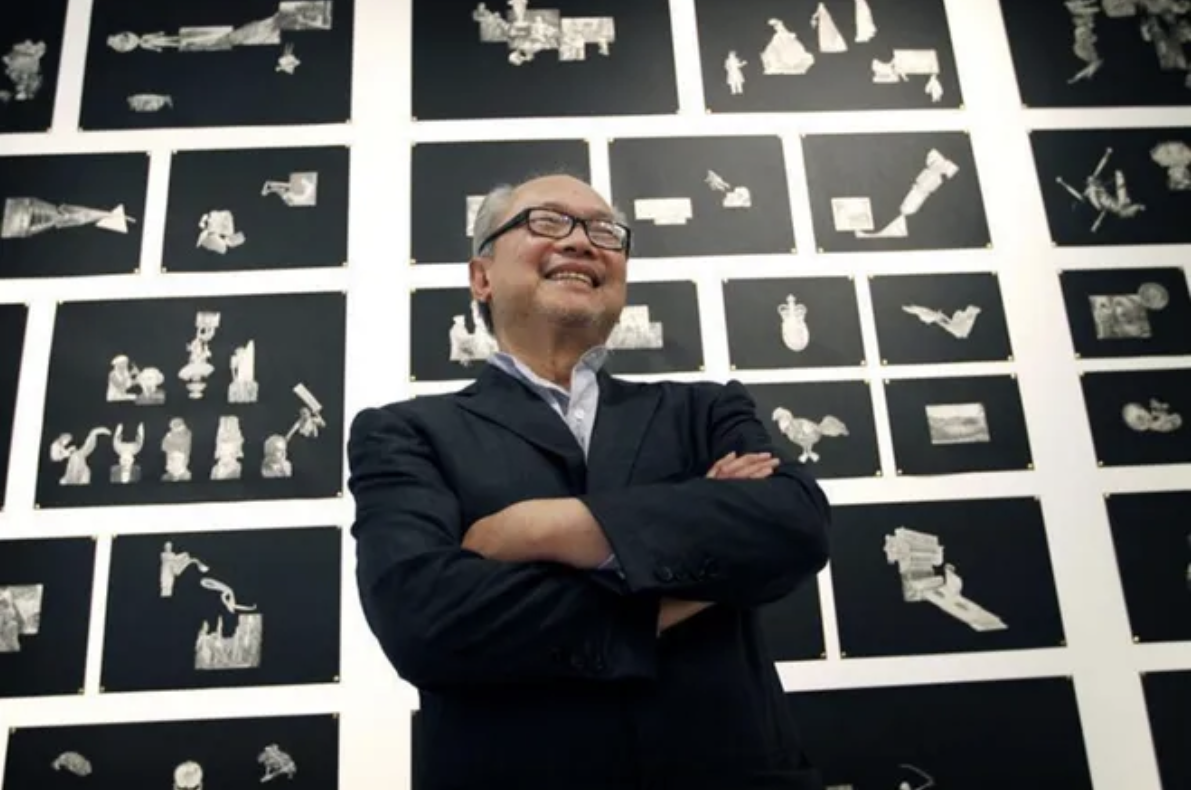 Mel Chin is a conceptual, visual artist. The Lifetime Achievement in Printmaking Award is awarded annually to an individual who has made an outstanding contribution to the professional development of printmaking as a fine art. This year’s Awards Committee expands on the definition of “the print” and recognizes Mel Chin’s lifetime contribution to community action through printed matter in collaborative projects such as Operation Paydirt/Fundred Dollar Bill Project. Historically, printmaking has contributed to political, cultural and social circumstances in the same way that themes of Chin’s artwork is carried out through an interdisciplinary approach and the expansion of print media.

Mel Chin received a B.A. (1975) from the Peabody College of Vanderbilt University. He has served as a visiting professor or fellow at numerous institutions. Chin is a 2019 MacArthur Genius Fellow and the recipient of awards including the Pollock/Krasner, Joan Mitchell, Rockefeller, and Louis Comfort Tiffany Foundations, among others. Chin’s work was documented in the PBS program, Art of the 21st Century. He is known for the broad range of approaches in his art, including works that require multi-disciplinary, collaborative teamwork and works that conjoin cross-cultural aesthetics with complex ideas. Chin also insinu­ates art into unlikely places, including destroyed homes, toxic landfills, and even popular television, investigating how art can provoke greater social awareness and responsibility. He developed Revival Field (1989-ongoing), a project that has been a pioneer in the field of “green remediation,” the use of plants to remove toxic, heavy metals from the soil. From 1995-1998 he formed the collective, the GALA Committee, that produced In the Name of the Place, a conceptual public art project conducted on American prime-time television. In KNOWMAD, Chin worked with software engineers to create a video game based on rug patterns of nomadic people facing cultural disappearance. His film, 9-11/9-11, a hand-drawn, 24-minute, joint Chilean/USA Production, won the prestigious Pedro Sienna Award, for Best Animation, National Council for the Arts and Cultures, Chile, in 2007. Chin also promotes “works of art” that have the ultimate effect of benefiting science, as in Revival Field, and in the recent Operation Paydirt/Fundred Dollar Bill Project, an attempt to make New Orleans a lead-safe city (see www.fundred.org.) In conjunction with MMOCA solo exhibition, Mel Chin: There’s Something Happening Here and Operation Paydirt/Fundred Dollar Bill Project. Madison Museum of Contemporary Art, 227 State Street, Madison, March 5 – July 31, Friday, Saturday, Sunday 12-6pm.